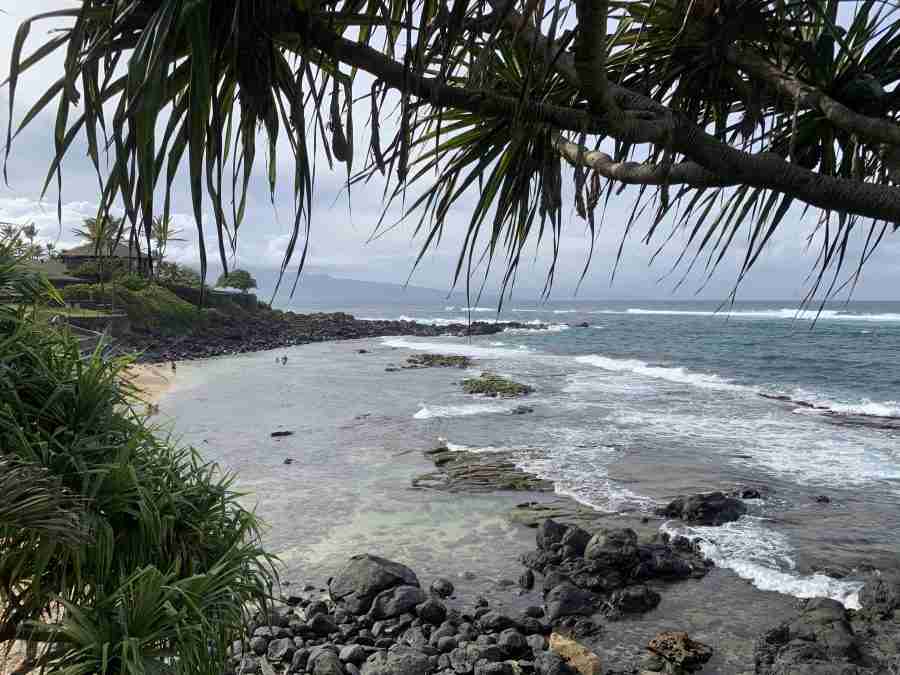 It is a beautiful morning with a bittersweet goodbye to my new best friend, Snoop Dog. The inn owner’s dog that was the most well behaved dog I had ever met. Peace out Snoop.

Rolled out after a breakfast and a little drag of the feet in town. Magical place. It is probably no longer a secret. Hana’s saving grace it is hard to get to.

The road was crazy going toward Hana. We we’re heading in the other direction. We got to Makawao and went online for restaurants for near me and snagged a reservation at Mama’s Fish House in Paia. Incredible. Best seafood I have ever eaten. Bring your money and don’t rush. Featured image outside of Mama’s.

An interesting drive to Kaanapali.

Will snorkel that point in the morning. 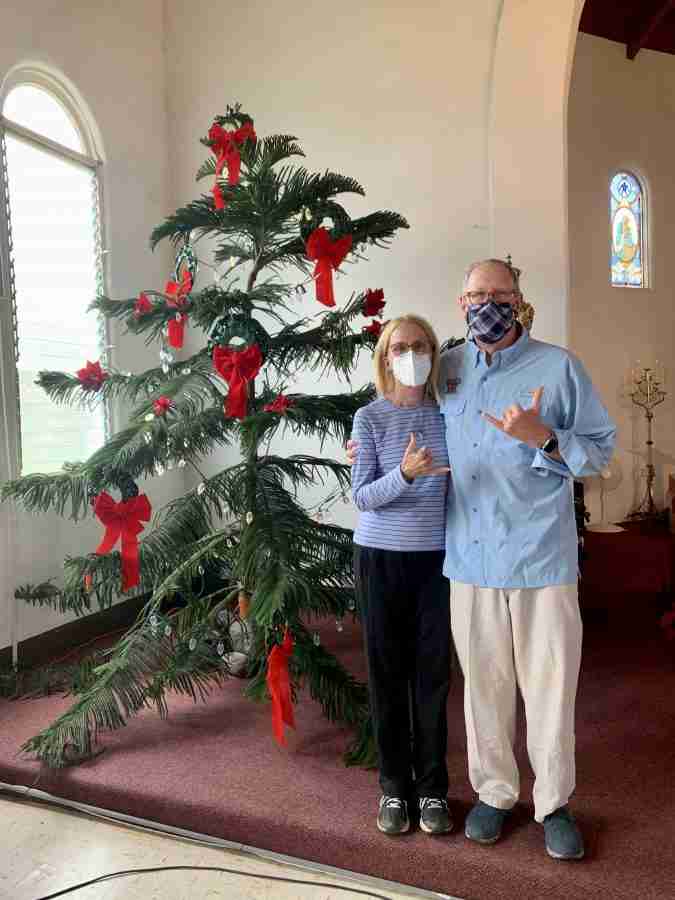 A brilliant fish plate of Mahi-Mahi grilled from Hana Farms. Another last minute win of Hana Fuda card games over the loveliest of wives, last night. We awoke to the sea.

It was unclear when Christmas Mass would be so we arrived a little after nine to hear ukulele and singing at St. Mary’s Catholic Church. We were very welcomed including featured image. Loved the Hawaiian Christmas tree.

A beautiful morning in paradise. A walk through Hana.

It is Christmas everywhere. Peace on earth and good will to all. Tres 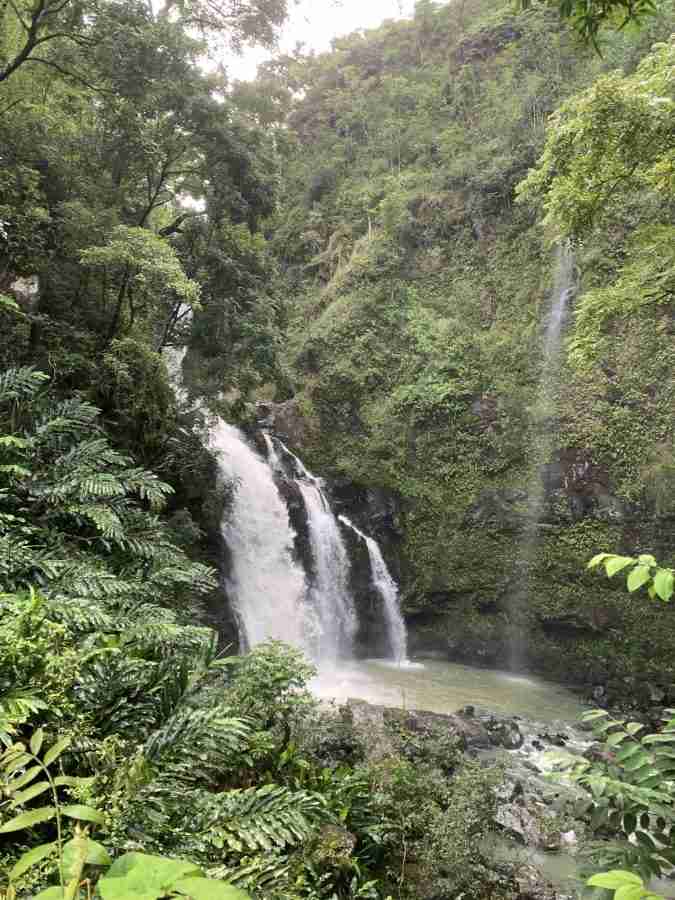 A nice night at Paradise Bay Resort of Sushi and Hana Fuda card games. Lovely day to take off.

An easy jet hop to Maui.

Rental car grab and down “the road”. Picnic lunch at Garden of Eden. It was!

The road was incredible. 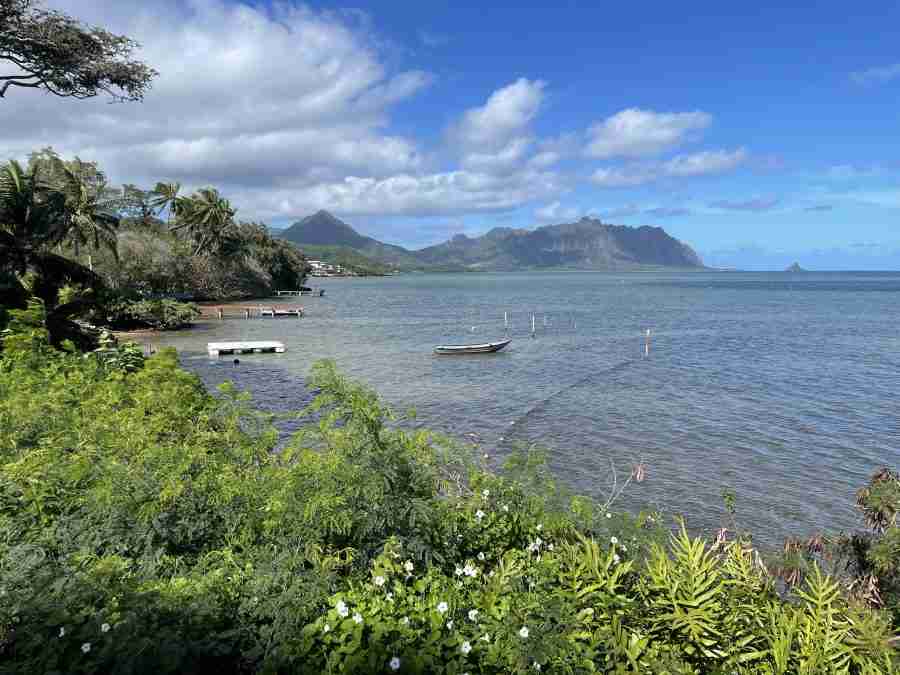 I went to get a snorkel in after getting skunked out of Hanauma Bay Preserve, twice. Went to Disney’s version of Oahu at Ko Olina. Manicured and ready for mainlanders. They had built 4 or 5 man made place to snorkel from the beach with breakwaters. The private place had to open these to the public after some complaint. It was busy but the water was still kind of moving at the openings. A minute in the water I found some one’s wedding ring. The camera giving me some fits again but got some pics for later. Moorish Idol!

I was not skunked and there were some other fish that I had never seen quite colored that way. Can’t wait to get to Maui and snorkel. $16 bacon and bagel with all the works and back to the room to check up on the commish. She had found the free store.

I went to see the Byodo-In Temple. Buddhist a couple of miles from where we are. It’s a re-creation but, is quite impressive.

Looked like feeding the tarpon at Robbie’s in Islamorada, Florida on Lower Matecumbe Key.

The temple was in a huge cemetery.

Off tomorrow to Maui and the road to Hana and staying 2 nights. Went waaay to fast. Peace out Tres 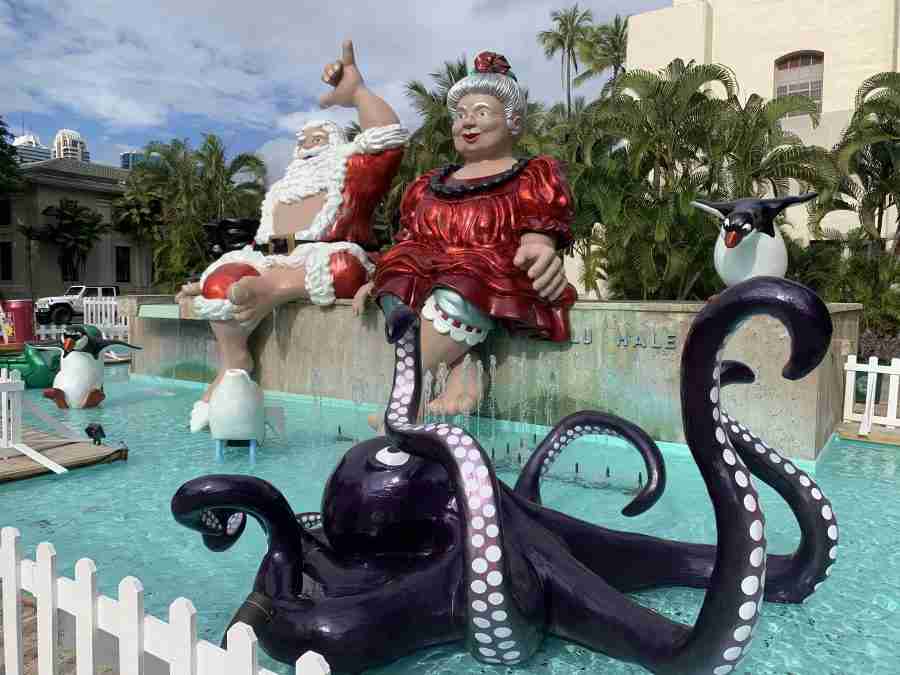 A great lunch at Cafe Julia, after the tour, at the YWCA.

A quick walk to the Hawaii State Museum of Art. 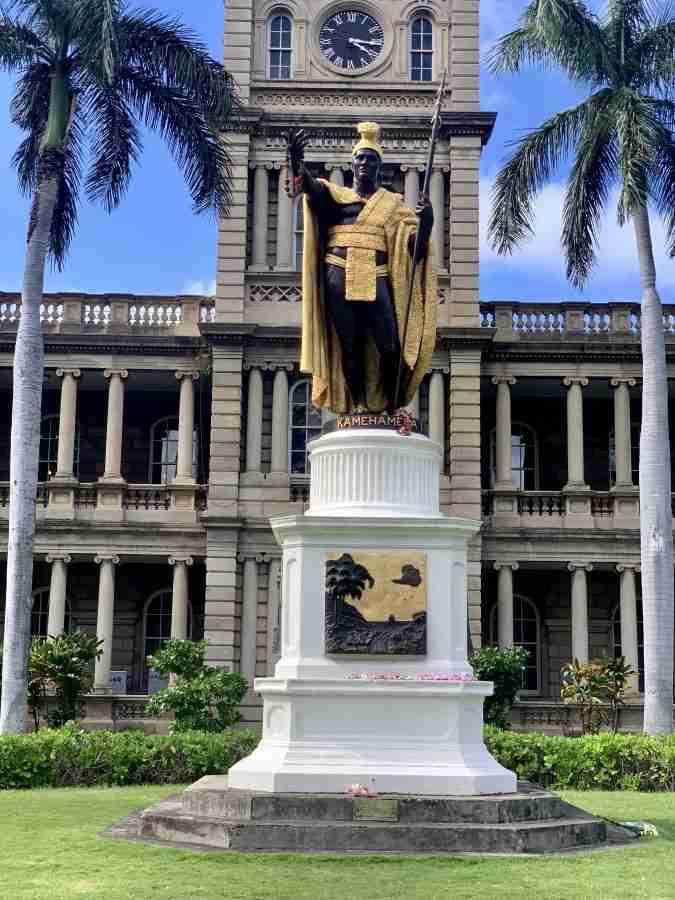 The plan was a nice breakfast rollout at the resort, then on to a docent led tour of the only royal residence in the US, The Iolani Palace.

Huge day that will require more work later when wifi not so spotty. Peace out Tres dog 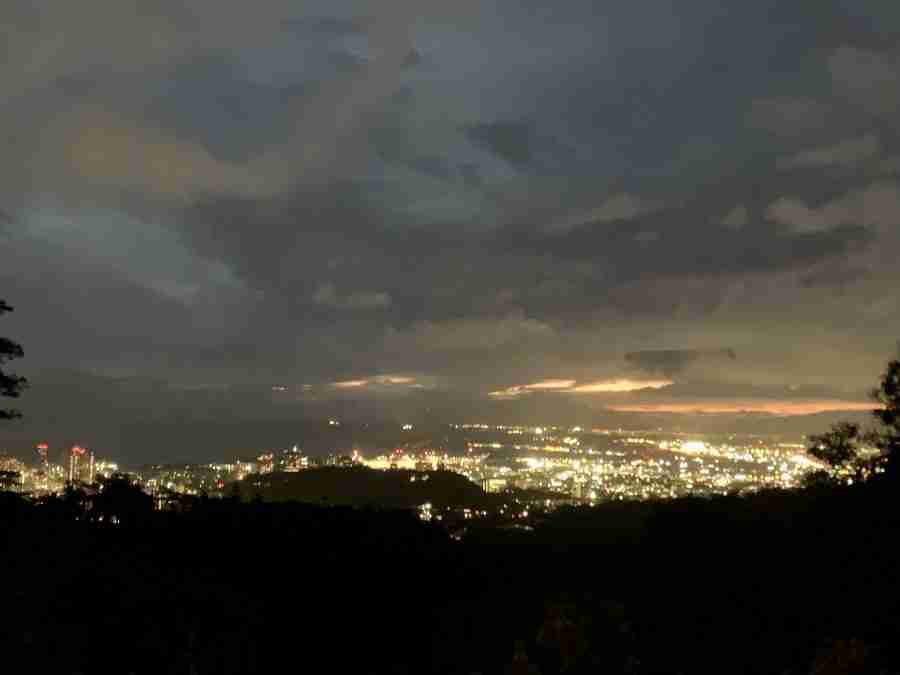 A nice rollout and breakfast and on to Koko Crater Botanical Garden for a morning walk around the crater. A picnic lunch after the walk. I will let the pictures do the talking.

A quick stop at the room and off for a luau at Nutridge Estate. It was great. A great company of people that were really fun in a smaller group with great cooked food. 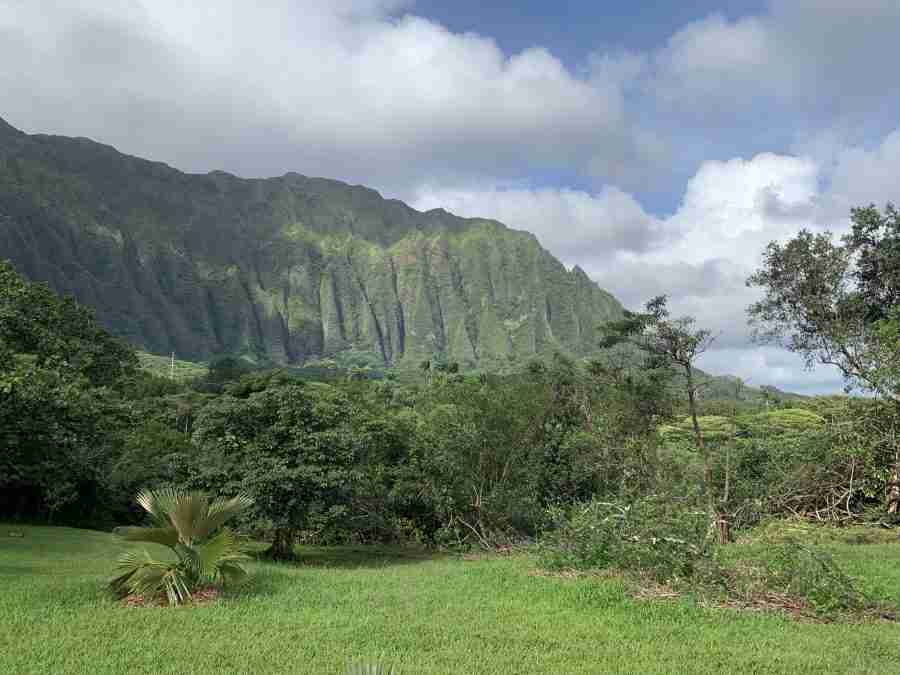 A nice sleep and Kona coffee in the french press. We headed to Ho’omuhulia Botanical Garden near us in Kaneohe. Immensely breathtaking and beautiful.

Lunch in Chinatown but a stop first.

Around the corner was the Foster Botanical Garden. WOW!

It was a great day. More tomorrow. Peace out Tres