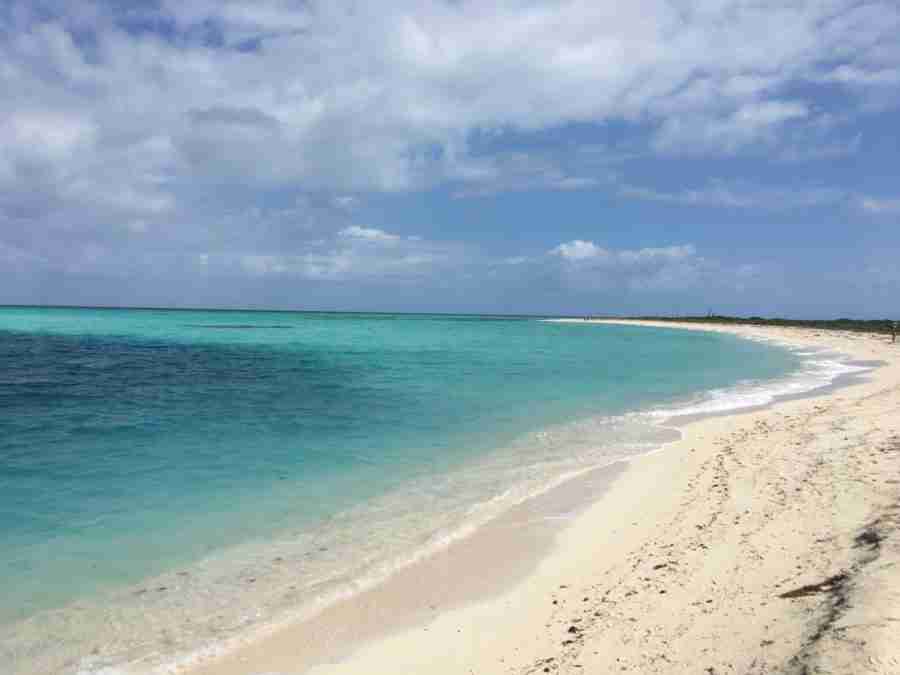 Key West dinner at sunset is always great. Last night was no exception. We rode the trolley through historic Key West. 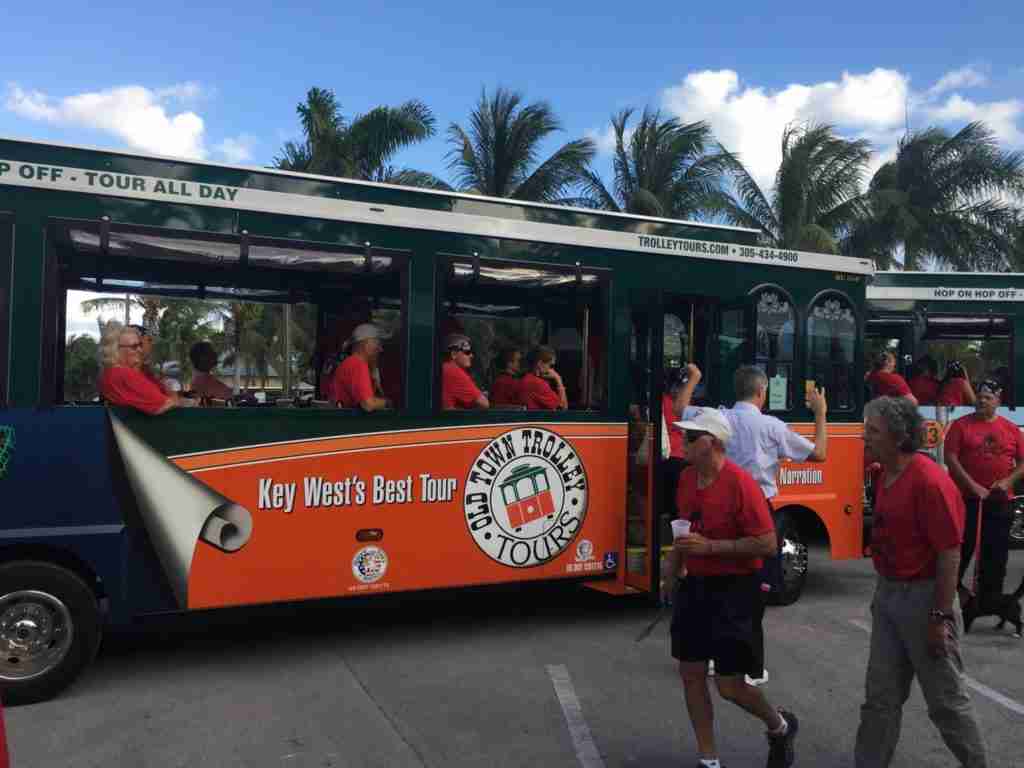 We landed at the dock. Great meal. 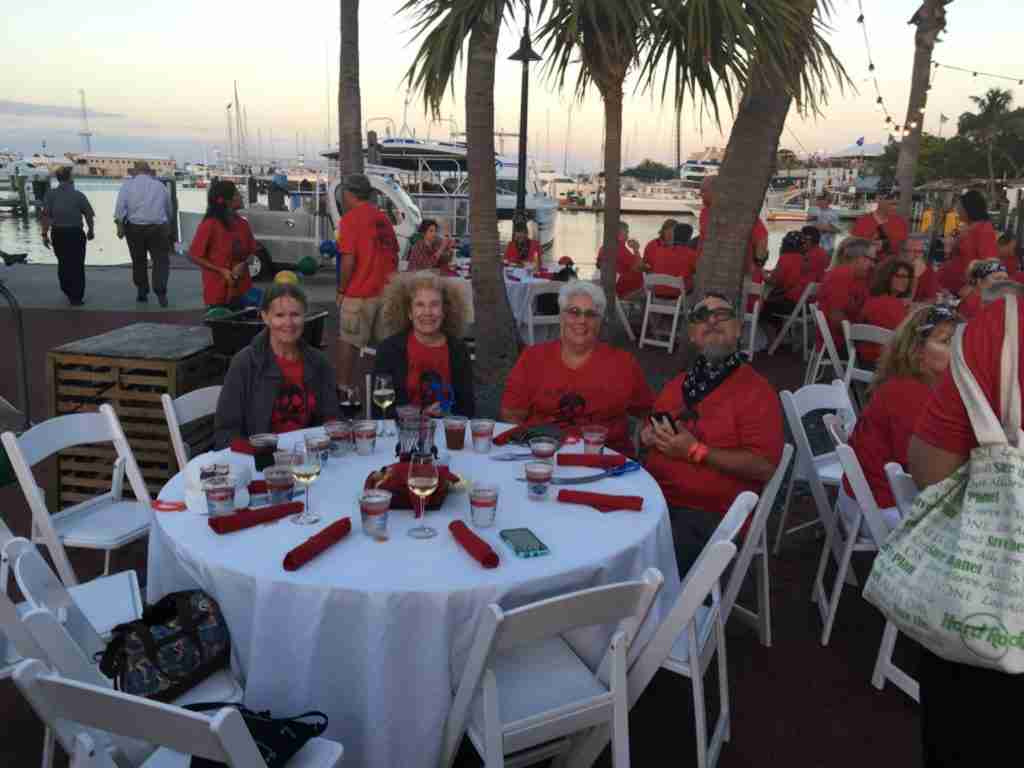 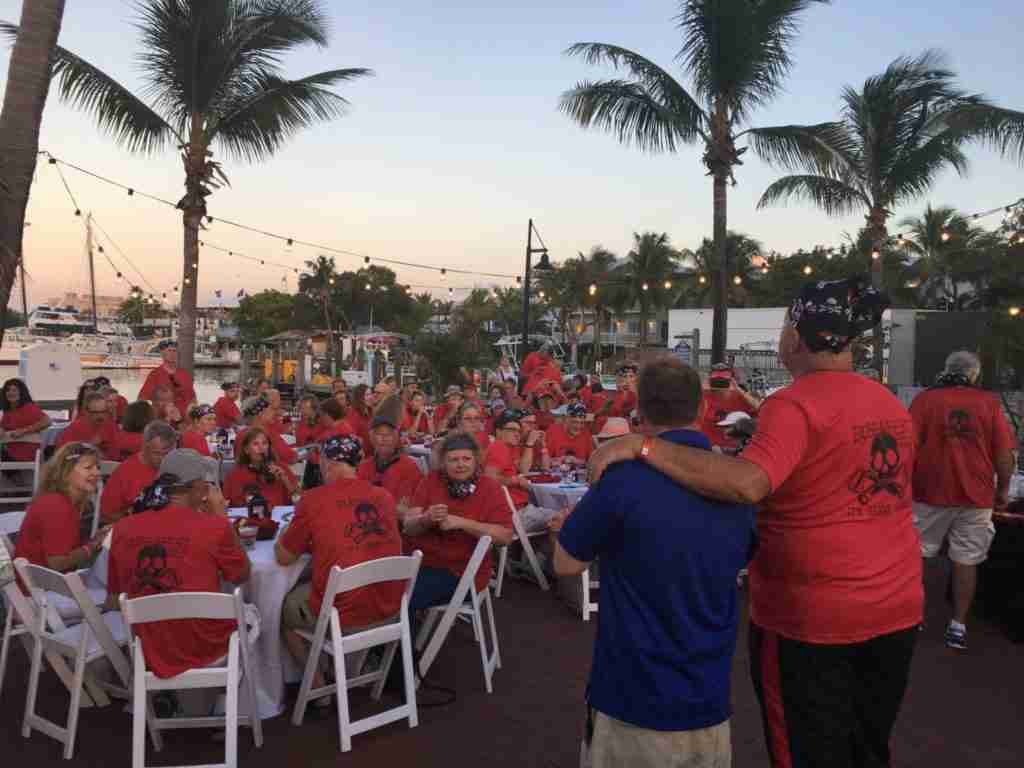 A paseo “after dinner walk” on Duval and other downtown points. It was o dark thirty for the roll out from camp with the Bubba staff to catch the Yankee Clipper to the Dry Tortugas. Walked in and they opened the window. That’s right the first one to check in. 175 souls boarded the boat and away we went. Pretty basic breakfast. It was a great ride out. 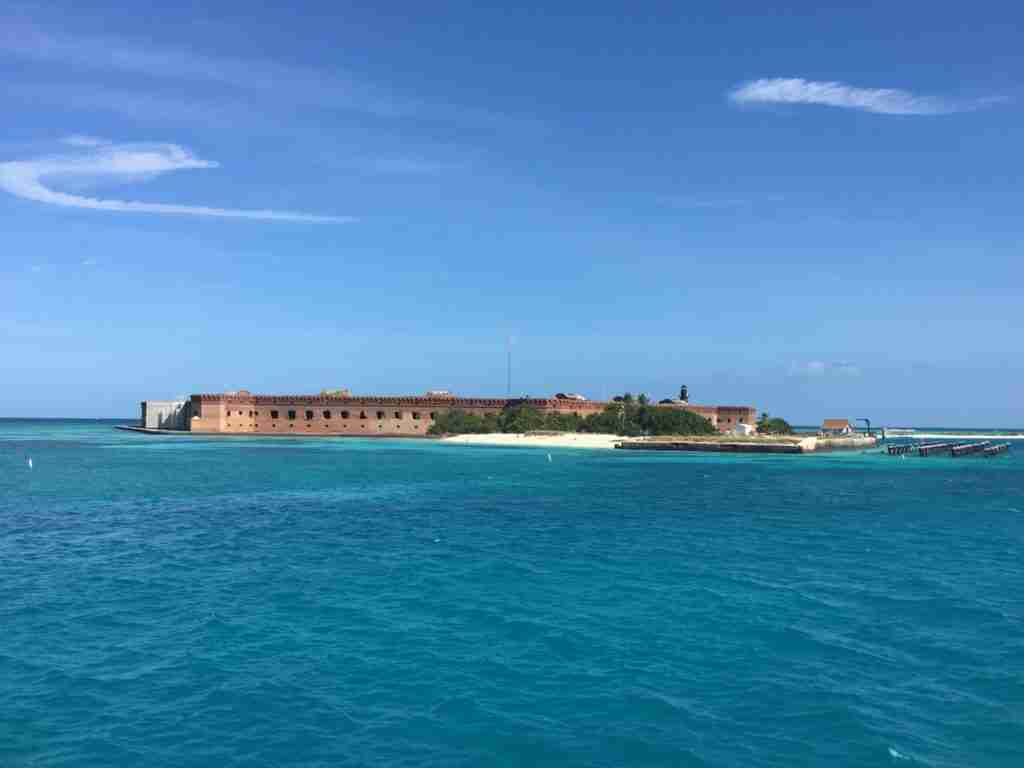 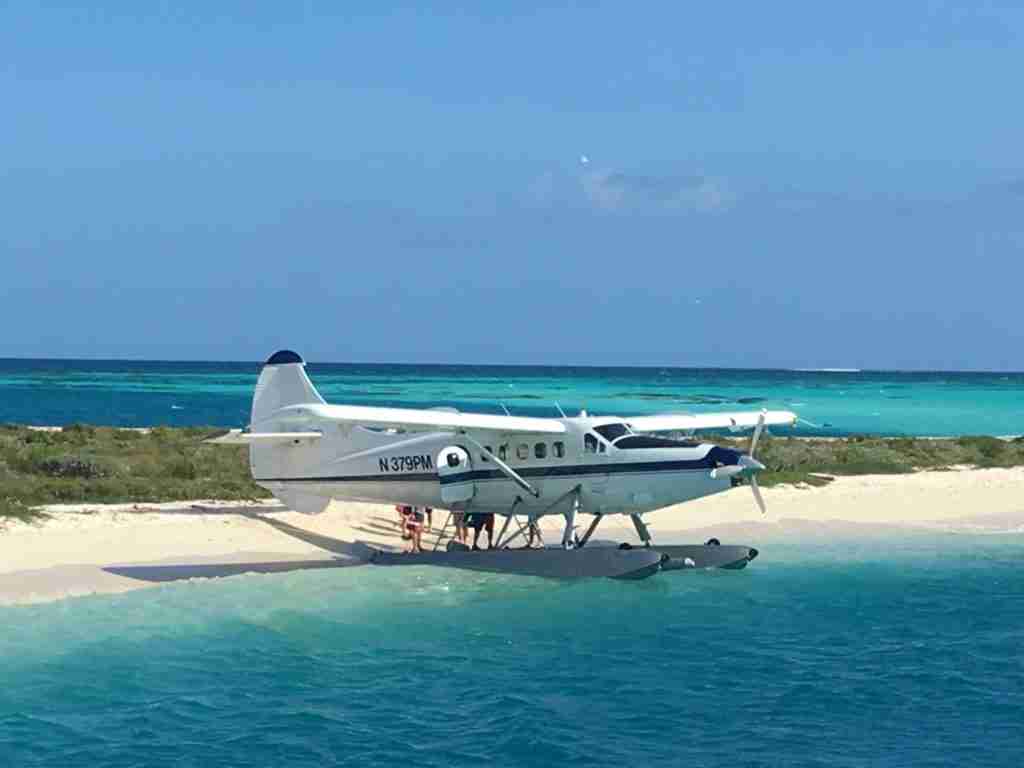 Fort Jefferson was huge. Home of Dr . Mudd and the Lincoln conspirators. 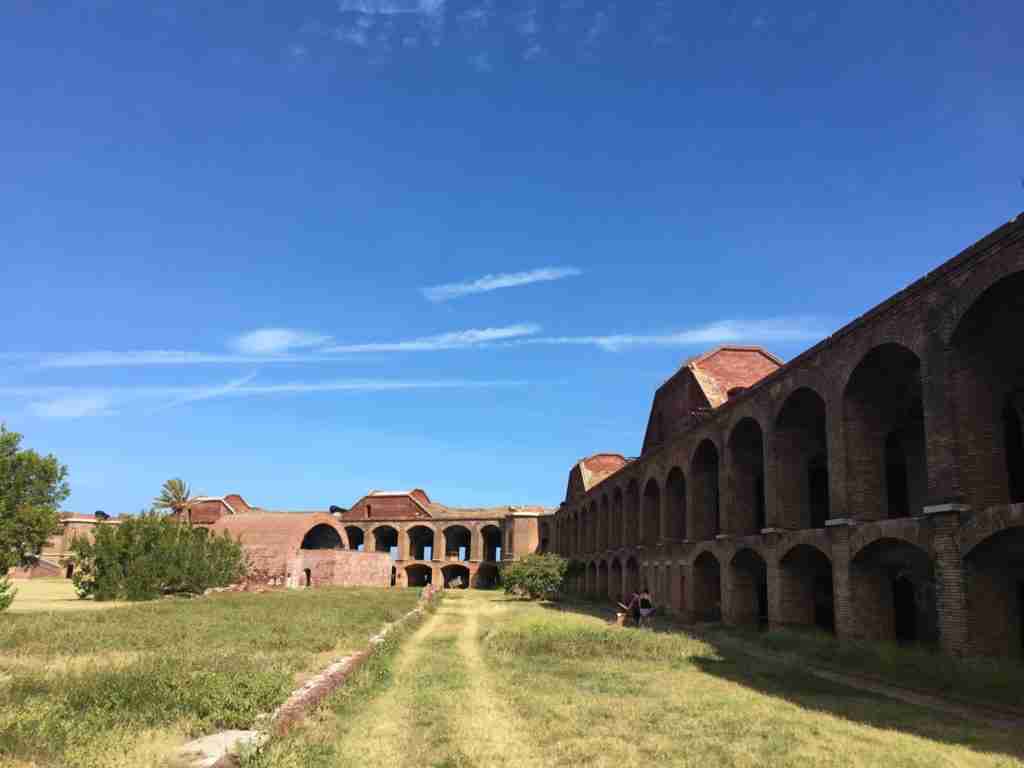 This water hound went to the south beach area via the camping. A thing to do later is to come out for 3-4 nights and live out there. 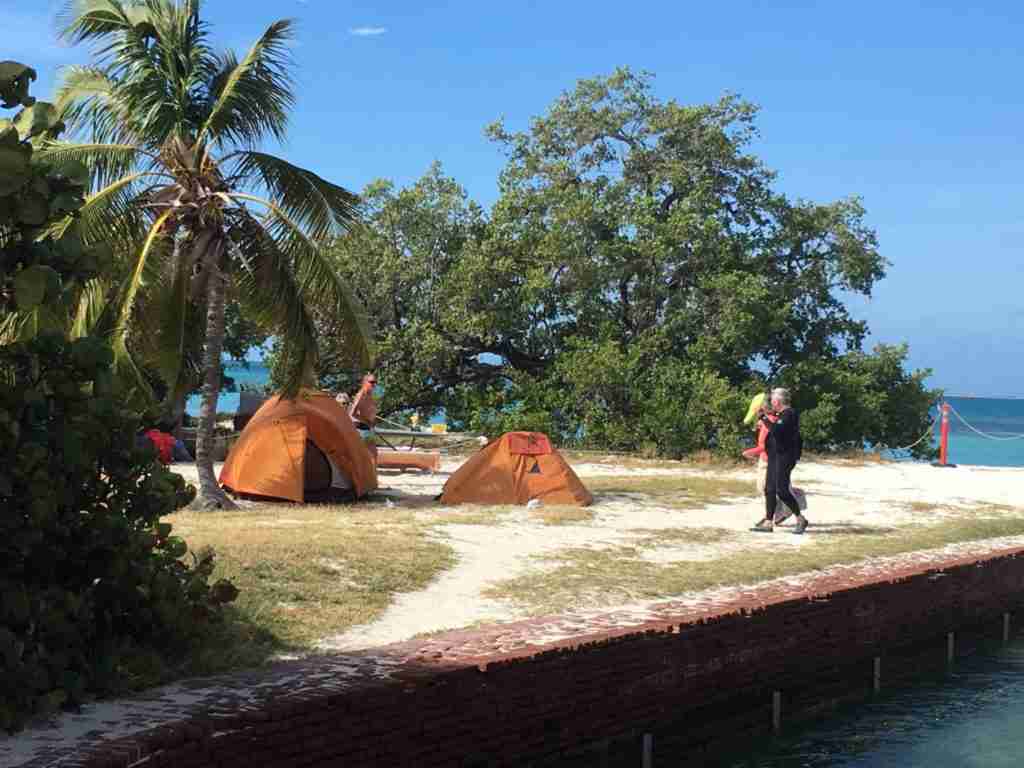 Tres dog took in the structures after a few minutes swim to them and within a minute or so he was 6-8 feet from a Goliath grouper. This was one big sucker. A quick underwater point and shoot picture did not capture the whole fish. As a side note my underwater camera can wifi pictures to my phone with an app I have downloaded. The author will not have pictures ready for post time. 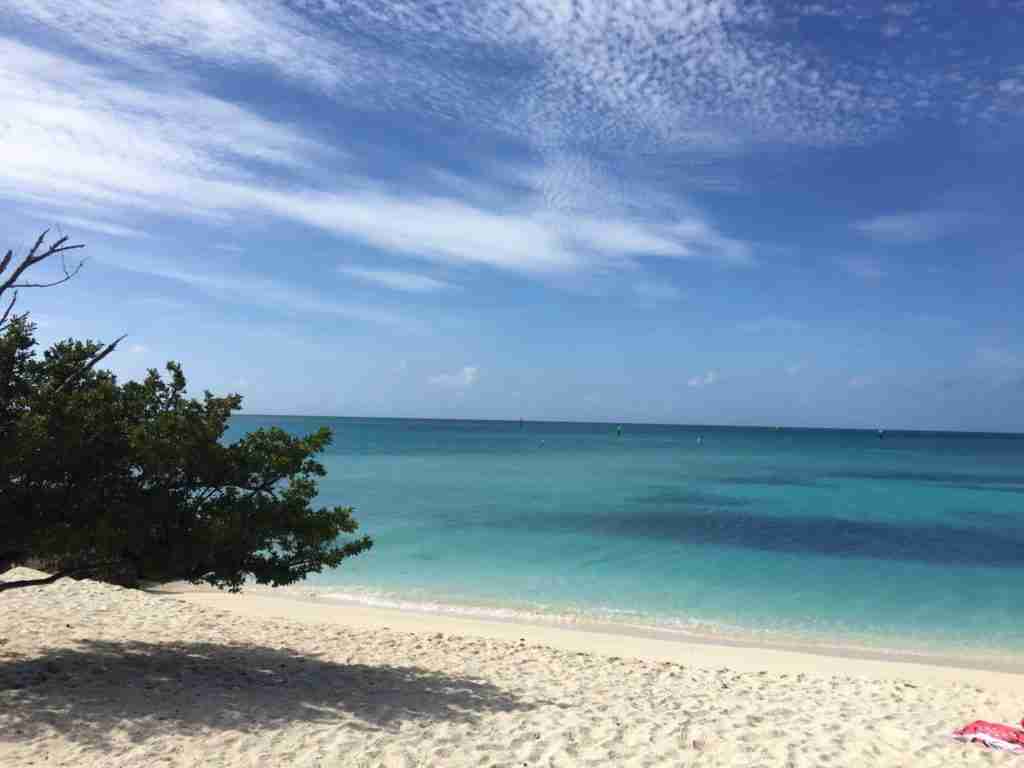 The structures had all types of healthy coral and tons of fish. Not to worry, this snorkeler of the world was able to see a second Goliath grouper. It was smaller than the other one but the underwater photographer got a few great shots of him and was able to swim near it for several minutes. 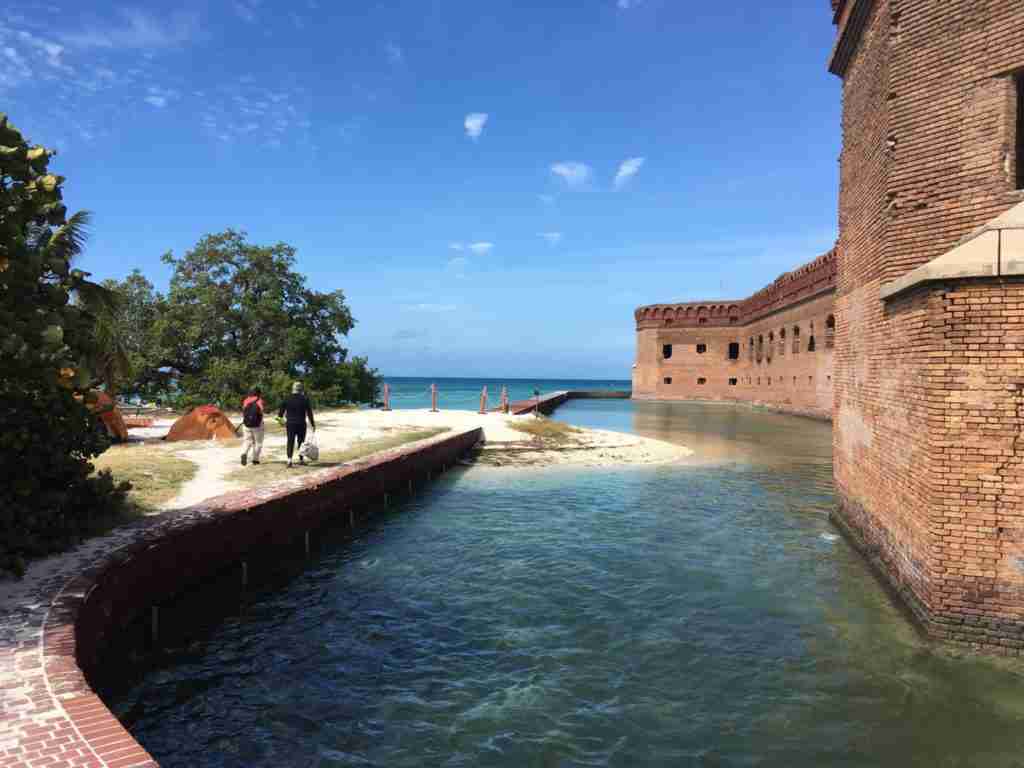 A quick lunch and more snorkeling in a different spot. A quick look at the fort and away we went back to Key West. 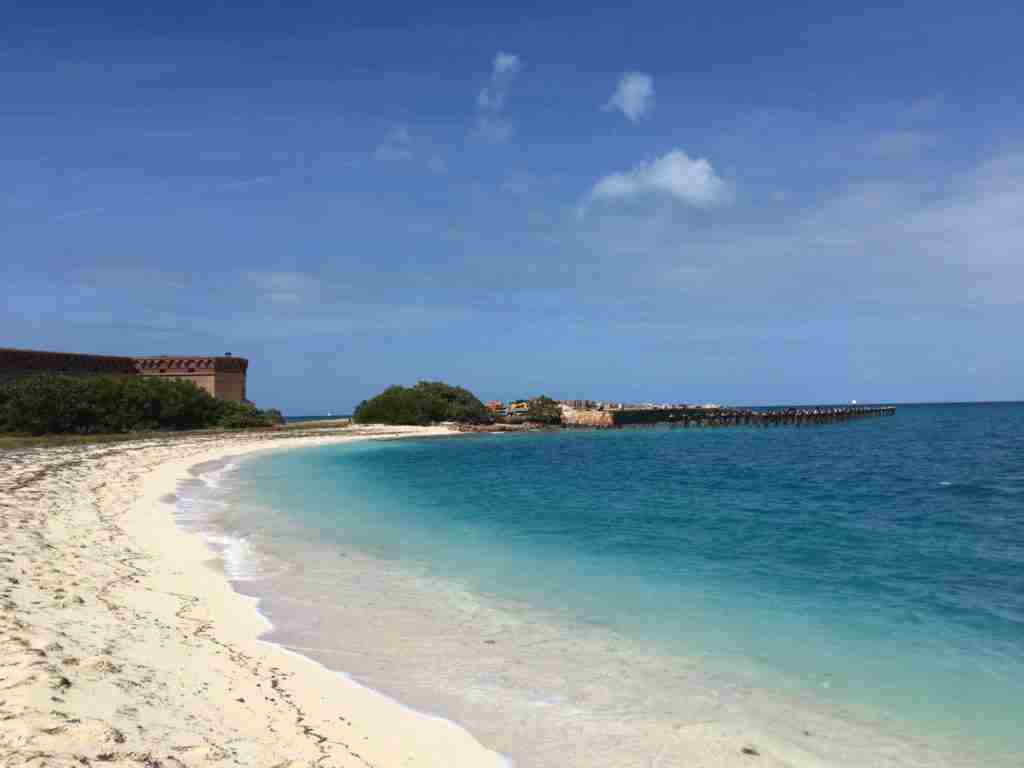 A personal note was that visibility and light was fair it was the first time this snorkeler had swam this close to the biggest fishes he had encountered in the water.

Blue Heaven for dinner with my coasties. BIG SLEEP.