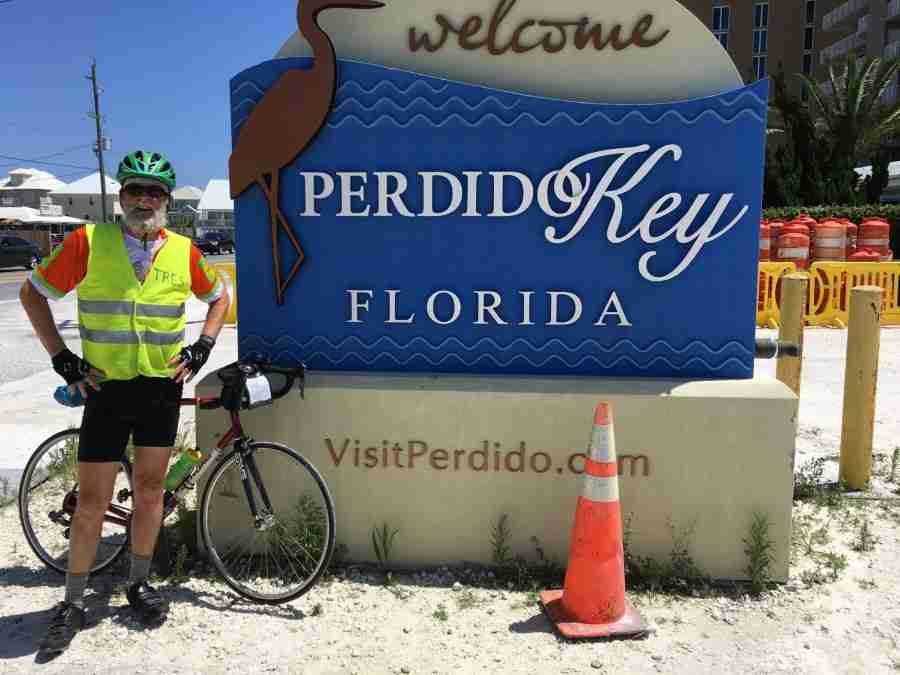 Alabama we barely knew you. Another state! Florida. I was leaving Dauphin Island and some friends of Picot Floyd a very close friend of my brother and friend to me met me at the campground. They were there birding. They were so nice and took this picture. 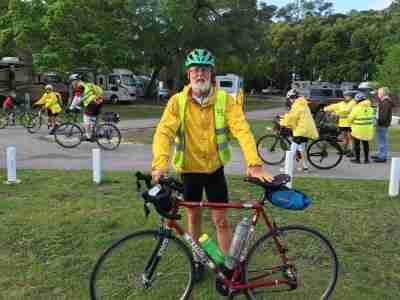 We boarded the Mobile Bay Ferry to Ft. Morgan on the other side of the bay. 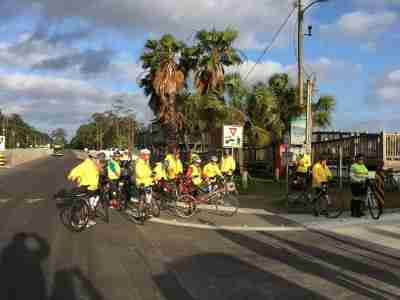 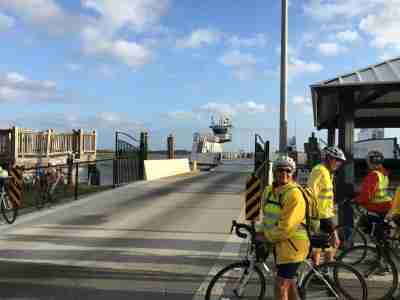 The headwinds were unmerciful. I was with different sized groups and took pulls of a mile and diced it up. At about 50 miles I was toast but rode into Pensacola for black bean burrito lunch. Was cajoled to get to a DQ at mile 63 through the historic Pensacola bluffs. I had a root beer float and a SAG ride to Milton. It was my only second SAG on the trip and it was right on time. 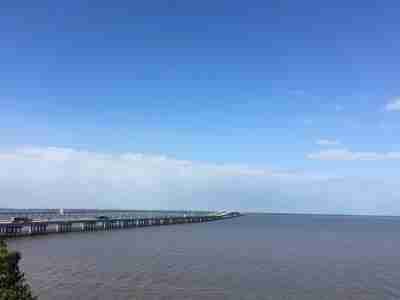